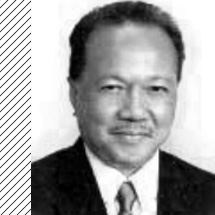 by Bernie V. LopezAs seen on the November 2019 issue of the Philippine Sentinel August 6, 1945, feast of the Transfiguration, marks the infamous date in human history. The first-ever nuclear bomb fell on Hiroshima, Japan, heralding the nuclear age where Man is now capable of destroying Himself and the Earth many times over, as […]

Sept 2 is the day back in 1945 when Gen. Tomoyuki Yamashita of the Japanese Imperial Army surrendered from his mountain lair & hiding place in Kiangan, Mt. Province. He did not want to surrender to Filipino Guerillas whom he believed would kill him right away. He was most probably right. He agreed to surrender […]

Contributed by Guy RodriguezAs seen on the August 2019 issue of the Philippine Sentinel Why did the US choose a US Navy battleship as the location for Japan’s surrender in World War 2 even though they were in Tokyo Bay and could have used a building on land? Nothing says “you’re utterly defeated” than having […]