When questioned about his immorality during the last Ateneo Alumni Australia (AAA) board meeting that I attended, Bulseco went ballistic, shouting all over the room that he is a divorcee. That is his usual justification for womanizing. Shortly after his divorce, he has had at least four known girlfriends, one of whom is a woman from the same school in Davao.

At first glance, people will think that he is right because divorce is recognised in Australia. But wait, he is Filipino and a self-declared alumnus of Ateneo de Davao, a Jesuit institution that puts emphasis on the solemnity of marriage and does not recognise divorce. Moreover, divorce is not allowed in the Philippines and one has to go through the rigorous and expensive process of annulment if he/she wants to re-marry.

Bulseco displayed deplorable arrogance by making a mockery of the sacred institution of marriage.

A known gigolo, he does not even have sufficient funds for his social activities. It took him several months to pay for the Philippine National Day Ball tickets that he allegedly sold. It has also been reported that he is in trouble with at least two credit card companies, resulting in salary deductions — leaving him practically penniless.

But his arrogance does not end there. He has been bragging in facebook for everybody to see that his past girlfriend from the Philippine Community Council (PCC) has spent for their motel fees. His present mistress from Davao has reportedly paid for his return airfare to Davao.

He should resign or be sacked.

His actions show that he does not have the degree of morality required of an officer of AAA and PCC. Todate, Bulseco continues to be a director of Ateneo Alumni Australia and Vice President – External of PCC which is supposedly the umbrella organisation of Filipino associations in NSW. He should resign or be sacked.

According to the provisions of the constitution, Section 10.1: “A complaint may be made to the Management Committee by any person that a member of the Association has persistently and wilfully acted in a manner prejudicial to the interests of the association.”

Quite interestingly, the constitution of the Philippine Community Council of NSW is almost identical with the provisions of the AAA Constitution:

PCC Constitution: Section 10, Subsection 1b states: (1 ) A c o mplaint may be made to the Board by any person that a member (affiliate o r director) of the Council: (a) has persistently refused or neglected to comply with a provision or provisions of these rules, or (b) has persistently and wilfully ac ted in a manner prejudicial to the interests of the Council [or of the association he or she represents and the Filipino community in general.]

In my capacity as past president of Ateneo Alumni Australia which is currently an affiliate of the Philippine Community Council – NSW, I hereby make this open complaint against Alric Bulseco for his immorality which is prejudicial to the interests of both AAA and PCC.

Consequently, he should be sacked by both association as he is a disgrace to the Filipino community and has no business representing AAA and PCC. 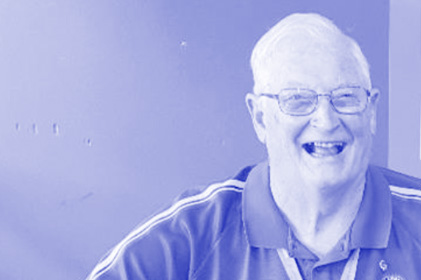 Official Statement from the 2010 PCC NSW Board of Directors