“Hell is empty. All the devils are here.”

I saw this quote, attributed to William Shakespeare, on the History Channel of Foxtel a few months ago. Then followed the images of three of the most evil men that ever lived. Joseph Stalin, 20 million, Adolf Hitler, 6 million Jews (plus if I may add, countless others in World War II), Pol Pot in the Killing Fields of Cambodia, more than 2 million….the number opposite each name indicating the millions of people whose death these three men were responsible for.

Any reputable world historian will be hard put to deny that these three were indeed morally liable for the death of millions. That they are the personification of Evil is undeniable. One might ask what their final destiny has been in the afterlife. The eternal bliss of Heaven? Not by any means as St Paul would say. The burning furnace of Hell for all eternity? In Christian belief, yes.

Which brings us to the question, is Hell real? In a secular age, many dismiss the existence of Hell but here is what the new Catechism of the Catholic Church say. (CCC para 1035):

“The teaching of the church affirms the existence of Hell and its eternity. Immediately after death, the souls of those who die in a state of mortal sin descend into Hell, where they suffer the punishments of Hell. The chief punishment of Hell is eternal separation from God.”

Is it a place, then? The catechism published by Pope Pius X in 1908 defined Hell by using the word “state” alone: “Hell is a state to which the wicked are condemned and in which they are deprived of the sight of God for all eternity and are in dreadful torments.” In July 1999, St John Paul II said that rather than a place, Hell indicates the state of those who freely and definitively separate themselves from God, the source of all life and joy.”

Pope Emeritus Benedict XVI, a brilliant theologian in his own right, was less ambiguous, saying in a homily of March 2007: “Jesus came to tell us that he wants us all in heaven and that Hell, of which so little is said in our time, exists and is eternal for those who close their hearts to his love.”

Did a loving God create an eternal torture chamber? The theologian Hans Urs von Balthasar said that “we must see that Hell is not…not ‘created’ by God but by the free individuals who choose it”.

According to Cardinal Avery Dulles, Karl Rahner, another eminent Catholic theologian, suggested that the everlasting mercy of God would not allow Hell to be populated, but that all would eventually be saved. Now, isn’t that quite a radical thought?

Back to the Swiss theologian, Fr von Balthasar or Cardinal von Balthasar. He was to be created a cardinal of the Catholic Church but died before the ceremony. In his famous book, Dare We Hope, he argues that one has at least the Christian duty to hope that all might one day be saved.

After all the Biblical interpretations, speculation, theological debate and mystical visions were done, the independent Catholic media outlet Crux Now suggests that Jesus’ warnings in the gospel should be heeded. Jesus solemnly proclaims that he “will send his angels and they will gather all evil doers and throw them into the furnace of fire, and that he will pronounce the condemnation: “Depart from me you cursed, into the eternal fire.” (CCC, para 1033-1037).

A penny for your thoughts…

What to expect from the new Pope Francis I 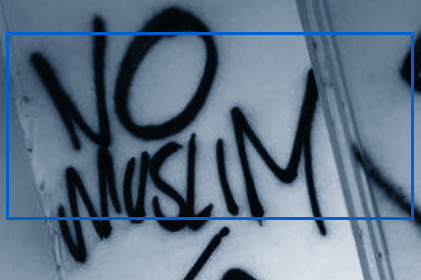 Attack on Mosque in Queensland