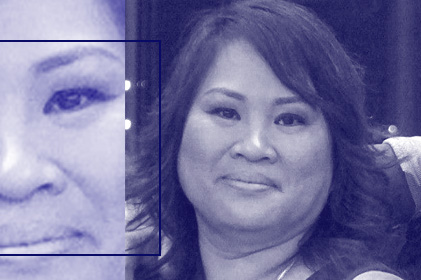 A Sydney bookkeeper who defrauded a luxury cruise line of $3.7 million has been jailed for eight years.

Mary Ann Abellanoza wept as the sentence was handed down by the NSW District Court. She said she would spend the rest of her life trying to pay back the money.

Judge Jane Culver said Abellanoza’s expressions of remorse had to be treated with a “considerable degree of caution” because a significant amount of the stolen money remains unaccounted for. It has been reported by media that much of the money had been spent at poker machines in Sydney’s west.

While working for Silversea Cruises, the bookkeeper made 236 fraudulent payments into seven bank accounts across three different financial institutions.

Reports have it that Abellanoza pleaded guilty to four charges of dishonestly obtaining financial benefits by deception and three charges of dealing with the proceeds of crime, the latter related to the laundering of the money through poker machines at clubs in Sydney’s west.

Because of her early guilty plea, Abellanoza was sentenced for eight years with a five-year non-parole period.

“These crimes can cause financial devastation on a company, its clients, shareholders and have a great impact on other people working within the organisation,” Judge Culver said.

The headquarters of Silversea Cruises is in Monaco. The company has 11 ships, with prices that can reach $136,000 per person for a 140-day world cruise.

Mrs. Abellanoza lives in Plumpton in Sydney’s west. She was hired in 2010 as branch accounting supervisor for the company’s Sydney office.

Her annual salary was $88,000 plus an entitlement of an annual free voyage on one of Silversea’s lavish vessels.

But Abellanoza’s lawyers told the court she started to feel “hard done by” and “undervalued” as her work increased.

She was promised an assistant to ease the “unrealistic” demands but one was not forthcoming, despite the cruise line “investing in other areas”, the court heard.

Abellanoza started making fraudulent payments to herself as a way of “proving” Silversea’s systems were faulty, audit processes were lacking and additional staff were required, her lawyers alleged.

The lawyers blamed Abellanoza’s behaviour on mental health issues, a difficult home life growing up in the Philippines and the need to finance a gambling addiction.

However, a Silversea Cruises spokesperson disputed her claim, saying it offered an “additional resource” to Abellanoza which she declined.

The spokesperson said, “The allegations of work pressure and inadequate auditing were not raised by Ms Abellanoza during Silversea Cruises’ internal review into this matter or during the subsequent civil proceedings.”

The fraud was perpetrated by changing the payment details on legitimate invoices, or creating invoices from fake suppliers, so money was directed into Abellanoza’s accounts.

Judge Culver noted there was a “degree of sophistication” in shifting money around to ensure suppliers were eventually paid and did not twig to the scheme. Silversea Cruises said the company was grateful to authorities for “bringing the criminal proceedings to a just conclusion.” Ω

Boston Blast: Filipino doctors at the scene by Dino Crescini