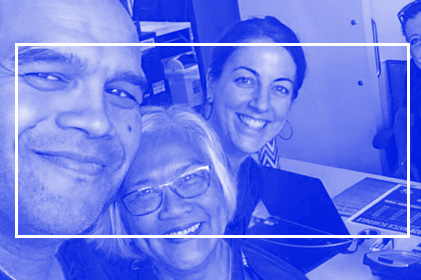 Article and Photos by Evelyn A. Opilas © 2020
As seen on the April 2020 issue of Philippine Tribune

“You can have lunch on the balcony and watch Nick and Alex practice,” my team leader Iain invited as I poised to take a late lunch.

Why should I watch Nick and Alex play? I mused inwardly as I located a convenient place on the tennis club balcony, facing the tennis court.

Little did I know that would be one of the serendipitous moments I would have as a volunteer during the inaugural ATP Cup Sydney 2020 at Sydney Olympic Park soon after the New Year.

Who should I be watching practising on the court while at lunch that day than Australian players Nick Kyrgios and Alex de Minaur, two of the most promising young aces on the international tennis circuit. Somehow the first names failed to register when Iain mentioned them ━ the Australian Team was in Brisbane after all for their elimination rounds.

“The Team flew in last night from Brisbane and is practicing today,” Iain explained. (Laughing Out Loud for being so clueless.)
Sydney sweltered that first week; smoke filled the air; the surrounding areas hazy. Being assigned to the Cup’s media operations centre was in itself serendipitous. I was grateful to be in air-conditioned premises.

The no-seeking-autographs, no-taking-selfies-with-players rules that applied to all ATP Cup volunteers seemed easy to comply with. After all, my late nights watching-tennis-‘til-dawn ended when Pete Sampras retired years ago.

Then, being familiar with ATP Cup game rules seemed imperative. How do teams win? Who would be the contenders for the finals?

I had to ‘crash learn’ from the media operations team – our team manager Martina, Iain, Angela, Jade, Kiran, Lyn, Marcy, Monica, Sylvia. They’ve been volunteering in various tennis events across Australia for many years, and being able to benefit from their experiences, knowledge, sense of humour became serendipity itself. – ends

Alric Bulseco should be sacked