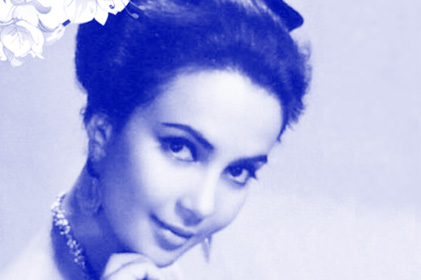 Former movie queen succumbs to cardiac arrest in the early morning of October 5 at St. Luke’s Medical Centre, Bonifacio Global City, Taguig. She was 78. Her demise was announced by her grandchildren Alfonso and Alyanna Martinez. Alfonso said: “It is with great sadness that I together with my siblings Alyanna and Alissa, inform you […]

Nestor ‘Nic’ Reyes, eldest brother of Vivian Crescini of Sydney, Australia, joined his Creator on September 18 at the age of 73. He is survived by his wife Evelyn, children Eric, Kristin, Erwin, and Raissa and brothers Dennis of Los Angeles, Arsenio Jr. and Gilbert of Cavite City. His remains were cremated on September 25 […]

All over Metro Manila, the “little people” are in mourning. September 13. Jim Turner, a former Peace Corps volunteer from Iowa who established the Hobbit House, died at 77 of heart and lung ailments, leaving generations of Philippine dwarfs bereft.

Nestor Reyes of Cavite City passed away in the early morning of September 18 at Bautista Hospital in Cavite City. He just turned 73 and is survived by his wife Evelyn and children Eric, Kristin, Erwin and Raissa. His only sister Vivian Crescini of Sydney, Australia, brothers Dennis of Los Angeles, California, Arsenio Jr., and […]

“I was part of the entourage when the body of the former President Ferdinand Marcos was flown from Hawaii to Ilocos Norte. He has long been buried beside his beloved mother, Doña Josefa Edralin Marcos. What many people are seeing in Ilocos is the refrigerated wax replica of Marcos patterned after Lenin’s open museum at […]

Announcement from Ateneo de Manila: “It is with deep sadness that we inform of the passing of Coach Virgilio ‘Baby’ Dalupan. A legendary coach, sportsman and beloved alumnus of Ateneo de Manila University. Coach Baby returned to our Creator on Wednesday, 17 August 2016. He was 92 years old.”

An Ateneo High School teacher was shot dead on his way home on July 19 by an unidentified gunman. Members of the Ateneo community expressed grief and sadness at the death of Ateneo de Manila teacher Emmanuel “Em-J” Jose Pavia, 24, who sustained three gunshot wounds in the head and back.

Antonio Valenciano Nidea, Engineer/Contractor was called by our Heavenly Father on May 24, 2016 at the age of 62. He was President of AVN Construction and Heavy Equipments Corporation in Legazpi City. His wife Corazon Duran de la Torre; daughters Kathleen, Teri and Precious; Grandchildren Gabi, Coleen and Bela; Sisters Francia Kallos, Neria Soliman, Guia Tadiar […]

It is with deep sadness that former students of Mr. Sadsad announce the demise of their English teacher. He passed away on May 30, 2016.

LAST May 20, 2016, marked the 50th death anniversary of my father, Ermin Sr., the founding editor-publisher of Sunday PUNCH. Those who had developed the habit of reading the paper in the 60s do remember what happened on that fateful day in 1966.

October 3, 1945 — March 1, 2016. Mr. Araneta belongs to Ateneo Grade School Class 1958, High School Class 1962 and College Class 1966. He once told me that members of our college class is on a steady decline. Many have passed away since he graduated with a bachelor’s degree in English Literature and he […]