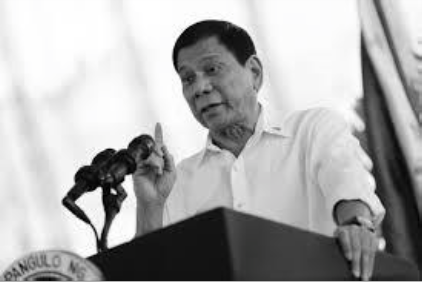 MANILA. Philippine President Rodrigo Duterte said he won’t disclose where he keeps his wealth. His statement followed the release of a three-part report made by the Philippine Centre for Investigative Journalism (PCIJ) regarding the big jump in his family’s fortune.

The PCIJ likewise raised questions about the presidential family’s law firm and failure to disclose some business interests in their Statement of Assets, Liabilities and Net Worth (SALN).

“Huwag kayo maniwala sa basura ng oposisyon. I will explain it…Well, sabihin ko sa inyo in due time.” (Do not believe garbage from the opposition. I will explain it. I will tell you in due time), Duterte said in his speech during the Partido Demokratiko Pilipino–Lakas ng Bayan (PDP- Laban) rally in Bacolod City.

But for now, the President said he will not reveal where he keeps his wealth.

“Mayaman? Taguin ko. Bakit ko sasabihin sa inyo kung saan ko nailagay? Gago pala kayo eh. May tao ba rito, ma-holdap pa tayo. May pera? May pera ako. Ulol.” (Wealthy? I’ll keep it. Why will I tell you where I keep it? You are fools. I may be robbed. I have money, fools), he said.

Presidential Spokesperson Salvador Panelo had earlier dared critics to file charges if they truly believe that the rise in the wealth of Duterte’s family was ill-gotten. (SOURCE: Philippine Daily Inquirer.)

Who is Bam Aquino?

Why I did not vote for Duterte