It has been reported in a leading Philippine newspaper that nearly 500 civilians have been killed so far this year as a result of “a wave of targeted attacks.” The fatalities were the actual targets and not just part of what former police chief Ronald ‘Bato’ de la Rosa describes as collateral damage. The media count is at least 450 such attacks in the Philippines since the start of 2019.

About three-fourths or 75% of such attacks were related to President Rodrigo Duterte’s bloody campaign against illegal drugs and crimes which he launched immediately upon assuming power in 2016. It was in fulfillment of his campaign promise to eradicate the drug menace in the country.

It appears that violence against civilians has continued unabated in the Philippines through the first half of 2019.

Moneyed individuals so far have been the prime target of police operations tagging them as “drug suspects” and keeping them in custody until their families cough up with what may be regarded as ransom.

In a report released by a US NGO, the Philippines has been described as a “war zone in disguise.” “More civilians were killed in the Philippines in 2018 than in Iraq, Somalia or the Democratic Republic of Congo,” the report said. 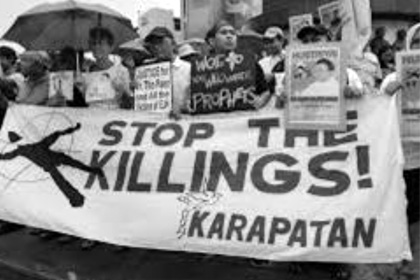 Passage of Iceland resolution is prelude to justice and accountability.

Is the government losing the war on drugs? By Perry Diaz