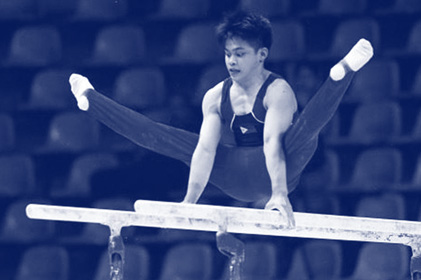 “We are all thrilled with the golden performance of Caloy. The Office of the President and the PSC (Philippine Sports Commission) family congratulates Caloy for this achievement,” said PSC Chairman William Ramirez.

Yulo has booked a ticket for the 2020 Tokyo Olympics after advancing to the finals of the men’s all-around and floor exercise events.

“Our hard work has paid off. I thank the entire country for the love and support,” said Gymnastics Association of the Philippines president Cynthia Carrion as she expressed her gratitude to Yulo’s chief backers, the PSC and the MVP Sports Foundation. Ω

Daddy Cool and that 1958 victory of Ateneo vs La Salle