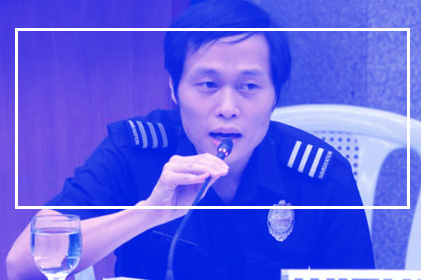 Philippine President Duterte has ordered the sacking of all immigration officers and employees at the Philippine International Airport. The officials were allegedly involved in a bribery scheme that allowed hundreds of thousands of Chinese to illegally enter the country to work for Philippine offshore gaming operators (Pogos). A whistleblower unravelled more details of the airport payoffs during a Senate hearing last month.

“The President considers this anomaly, now commonly known as ‘pastillas scheme.’ It is a serious form of corruption which cannot be tolerated by the government,” said presidential spokesperson Salvador Panelo.

“Any official or employee who commits any wrong in the performance of their duties shall be meted out the punishment they deserve and in accordance with our penal laws,” he said.

“The present situation in the Bureau of Immigration (BI), as well as how it is being run by Commissioner Jaime Morente, will be taken up in the next Cabi-net meeting,” Panelo added.

The presidential spokesman told media that the President had “received reports” about the racket and “found prima facie, or probable cause” against the BI personnel.

He did not say how many were sacked, but BI spokesperson Dana Sandoval said 19 were immediately relieved of their duties “in compliance with the directive of the President.”

The money-making scheme, also involved Filipino and Chinese travel agencies. Senator Risa Hontiveros, called it a “pastillas operation” as the bribe money was usually rolled up like the popular milk candy.

Under the scheme, corrupt immigration officers in connivance with tour operators provided “VIP treatment” to Chinese who want to work for Pogos illegally for a service fee of at least P10,000.

Immigration Officer Allison “Alex” Chiong, who was assigned at Ninoy Aquino International Airport (Naia), said syndicates within the BI even competed against each other to gain favour with travel agencies. The travel agencies provided the names of Chinese willing to pay for VIP treatment.

Hontiveros said Chiong, who has received death threats, was granted immunity for disclosing details of the payoffs.

The immigration officer said he decided to speak up because he felt that his fellow BI workers “have been enslaved by this corrupt system.”

“I feel this is an invasion,” he said, referring to the several thousands of Chinese workers who have entered the country since 2016.

Each immigration officer involved in the scheme at Naia Terminal 1 received P20,000 weekly, and P8,000 weekly for those at Terminal 3, he said.

The rate for these arrangements was around P50,000 to P200,000 per head and the package includes hassle-free departure, he said. Commissioner Jaime Morente said he was glad about the expose made by Chiong.