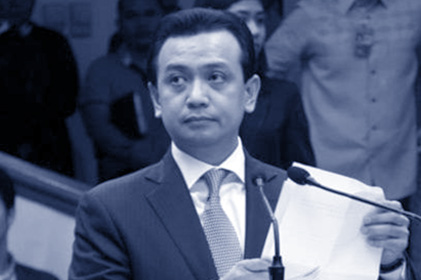 As seen on the September issue of The Philippine Sentinel

MANILA, Philippines — When his term at the Senate ends, Senator Antonio Trillanes IV now looks forward to a “more relaxing life” as he is set to teach college students at the Ateneo de Manila University and University of the Philippines.
“I will have a more relaxing life after the Senate. Right now, I am preparing for my academic work next semester” Trillanes told media.
Trillanes, a known critic of President Rodrigo Duterte, noted that he will teach “Public Policy” in UP Diliman while the specific courses that he will handle in Ateneo are still being deliberated.
Trillanes previously bared to the media in various interviews about his plan to join the academe to teach when his term in Senate ends. Ω

Situation in Mindanao in the wake of Typhoon Pablo